The Miniature Schnauzer is a breed of small dog of the Schnauzer type that originated in Germany in the mid-to-late 19th century. Miniature Schnauzers may have been developed from the smallest specimens of the Standard Schnauzer, or crosses between the Standard and one or more smaller breeds such as the Affenpinscher, Miniature Pinscher, and Poodles, as farmers bred a small dog that was an efficient ratting dog. They are described as "spunky" but aloof dogs, with good guarding tendencies without some guard dogs' predisposition to bite. Miniature Schnauzers are recognized in four colors internationally: solid black, black and silver, salt and pepper, and white.It is the most popular Schnauzer breed, and remains one of the most popular worldwide, primarily for its temperament and relatively small size. As of 2017 it is the 17th most popular breed in the U.S. 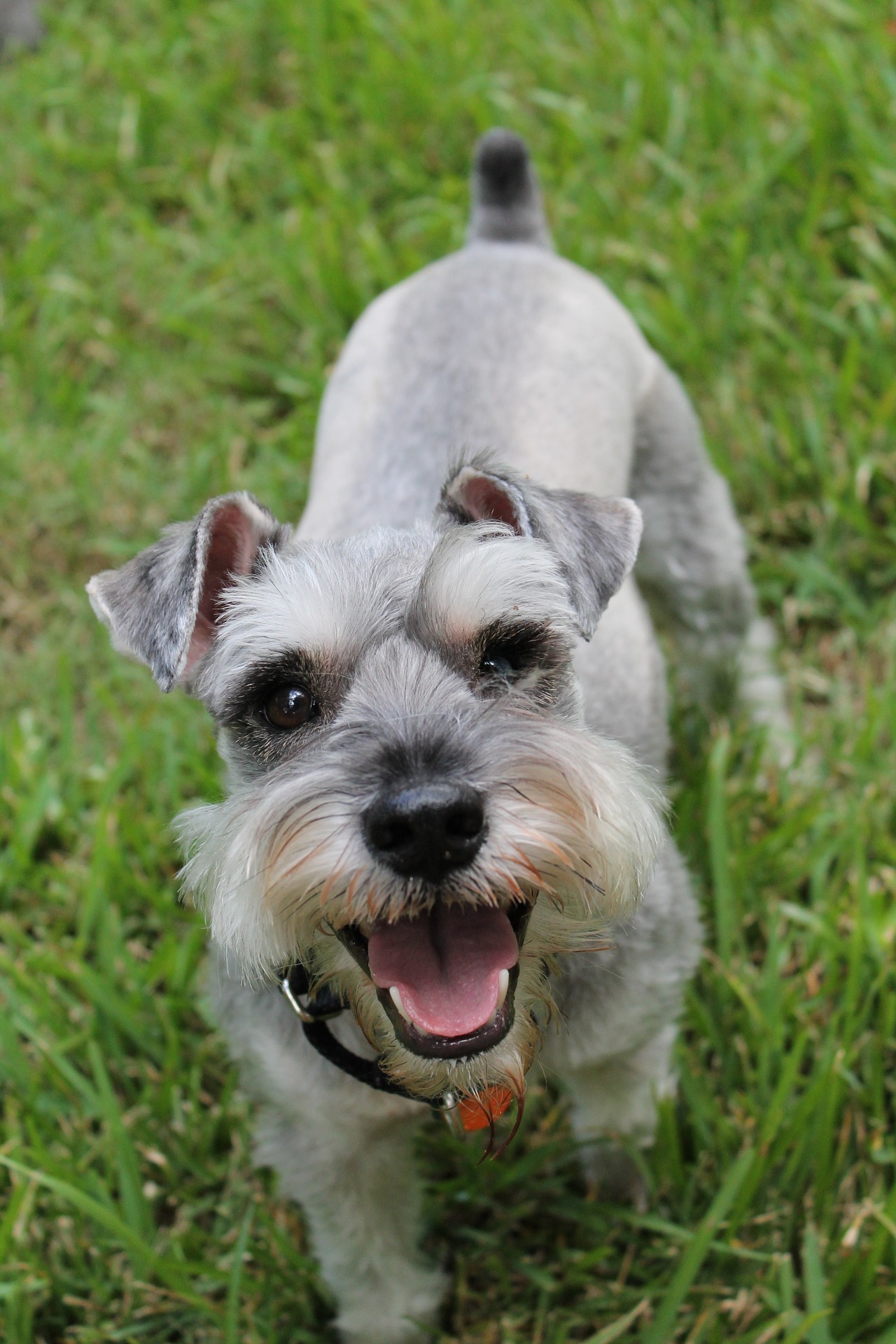