The Korat cat (Thai: โคราช, มาเลศ, สีสวาด, RTGS: Khorat, Malet, Si sawat) is a silver-tipped blue-grey, short-haired breed of domestic cat with a small to medium build and a low percentage of body fat. Its body is semi-cobby, and unusually heavy for its size. It is an intelligent and playful active cat that forms strong bonds with people and is very vocal in a very unique way as Korats sound different than other breeds. Among the Korat's distinguishing characteristics are its heart-shaped head, it’s large green eyes.. It’s front paws are shorter than the back paws. The Korat is a natural breed, and one of the oldest stable cat breeds, and one of the very few that has not changed its appearance throughout centuries. Originating in Phimai, Thailand, it is named after its province of origin, Nakhon Ratchasima Province (typically called "Korat" by the Thai people). In Thailand, the breed is known as Si sawat, meaning "colour of the sawat seed". The Korat is known colloquially as the "good luck cat". Traditionally, they are given in pairs to newlyweds or people who are highly esteemed, for good luck. Until recently, Korats were not sold, but only given as gifts. 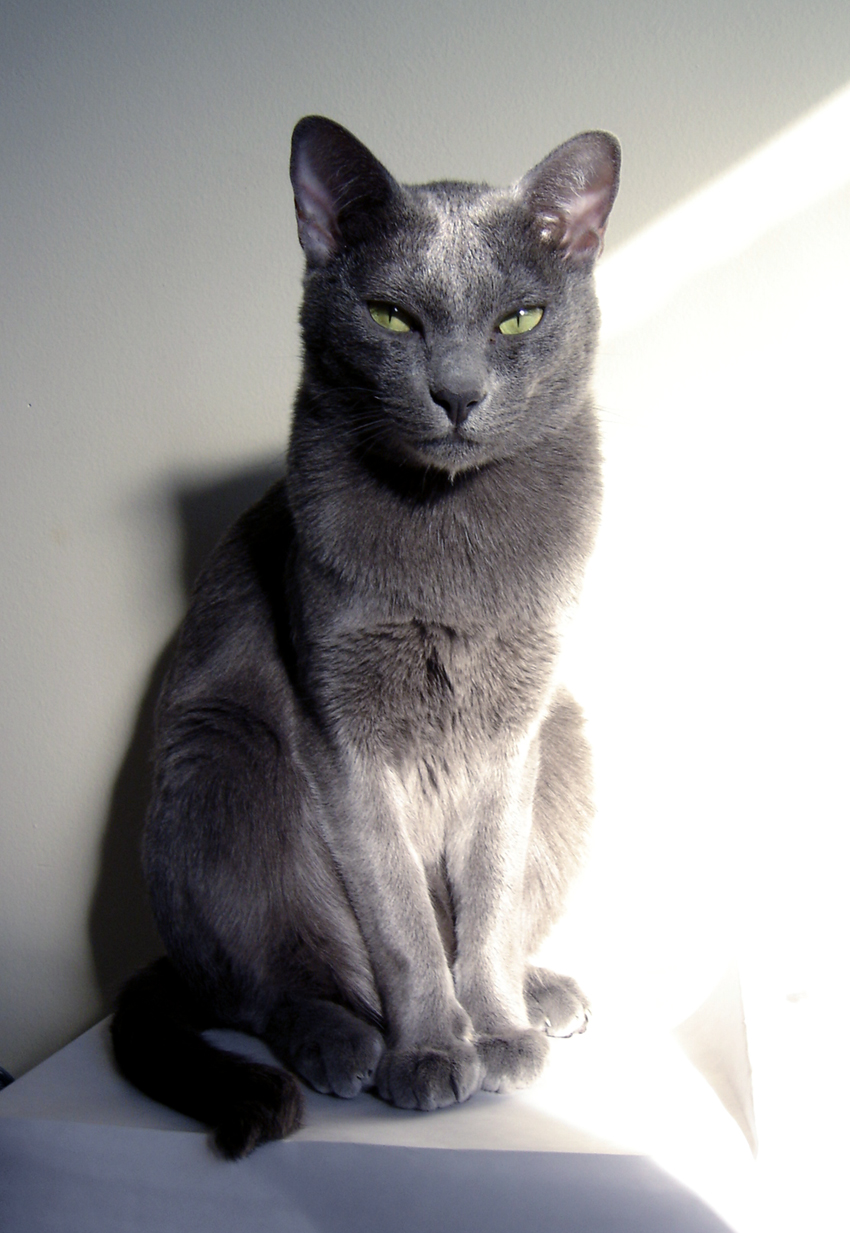