The Exmoor pony is a horse breed native to the British Isles, where some still roam as semi-feral livestock on Exmoor, a large area of moorland in Devon and Somerset in southwest England. The Exmoor has been given "endangered" status by the Rare Breeds Survival Trust, and "threatened" status by The Livestock Conservancy. It is one of the British Isles' mountain and moorland pony breeds, having conformation similar to that of other cold-weather-adapted pony breeds. The Exmoor pony is hardy and used for a variety of equestrian activities. In its free-roaming state, the breed's presence on Exmoor contributes to the conservation and management of several natural pasture habitats. Equines have been present in Britain since 700,000 BC, and fossil remains have been found in the area of Exmoor dating back to about 50,000 BC. Some claim that the breed has been purebred since the ice age; this is unsupported by modern DNA research. There is however a close morphological resemblance to the primitive wild horse. Archeological investigations have shown that horses were used for transport in the southwest of England as early as 400 BC, and Roman carvings show ponies phenotypically similar to the Exmoor pony. The Domesday Book records ponies on Exmoor in 1086, and descendants of ponies removed from the moor in 1818 form the foundation bloodstock of today's Exmoor breed, although a breed society was not formed until 1921. The breed nearly became extinct after the Second World War, owing to soldiers using them for target practice and thieves killing them for their meat. After the war a small group of breeders worked to save the Exmoor, and during the 1950s ponies began to be exported to North America. The first stud book was published in 1963, and in 1981 publicity resulted in increased interest in the breed. As of 2010 there were an estimated 800 Exmoor ponies worldwide. The Exmoor Pony Society currently states that "There are now approximately 500 ponies on Exmoor and a further 3,500 in locations across the UK and several other countries. Although numbers are healthy, the vast majority of ponies are in non-breeding situations." 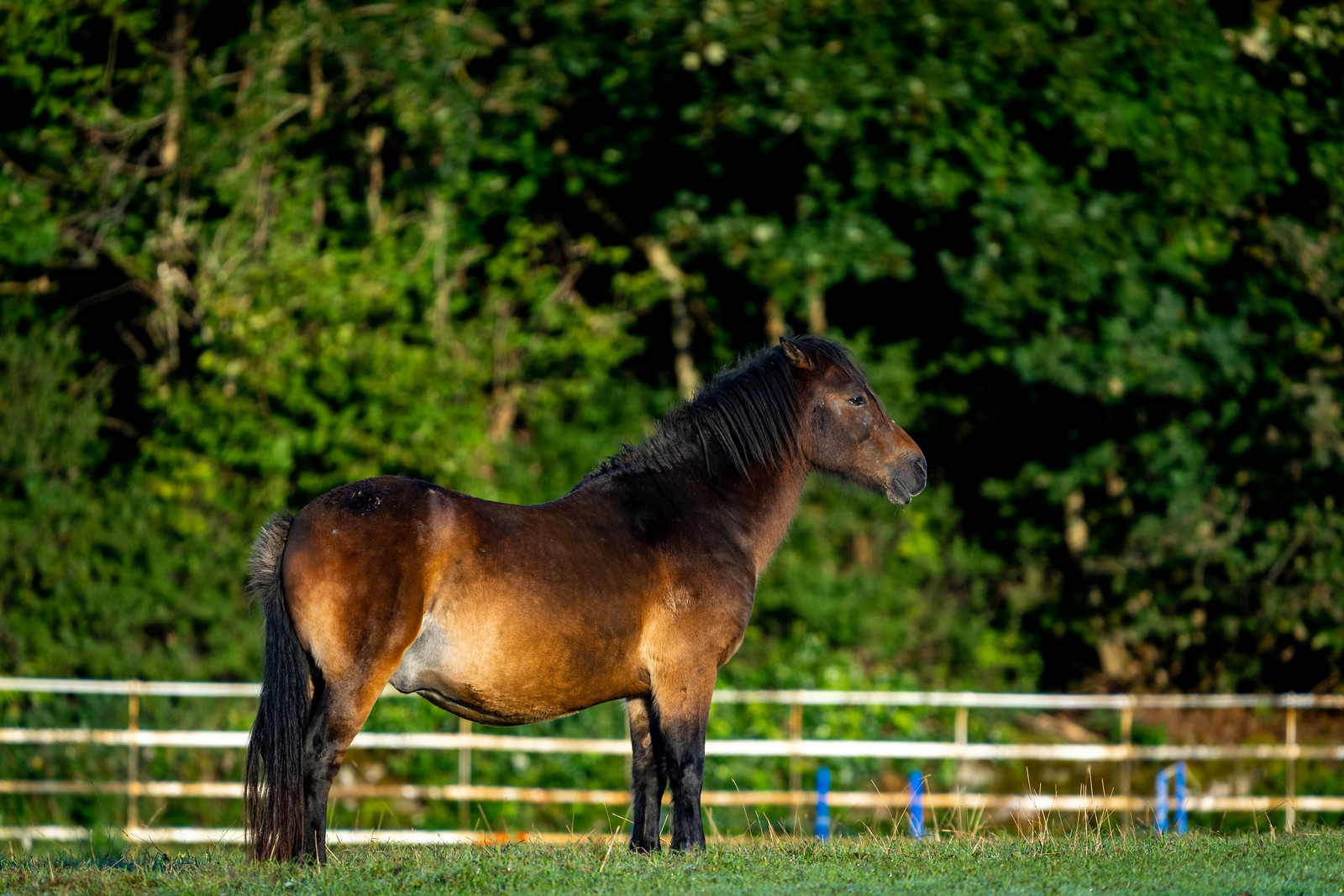