The Noriker horse, also called the Norico-Pinzgauer and historically known as the Pinzgauer horse, is a moderately heavy Austrian draught horse breed. The Noriker is considered indigenous to the central Alpine region of Europe, and is believed to have originated around the highest mountain of Austria, the Grossglockner. This region was once known as the Roman province of Noricum. At the end of the 19th century the original name Pinzgauer horse was changed to Noriker horse, due in part to the Romanophile attitude in this time. The breed played an important role in the transportation of goods through the Alps, carrying salt, gold and Celtic iron from Salzburg to Italy, and on the return journey bringing back wine and spices. This use developed a powerful, long, deep-barreled and sure-footed draught horse as an adaptation to the alpine terrain. The use of Noriker horses in agriculture started much later, during the industrialisation period in the 20th century. The Pinzgauer High Mobility All-Terrain Vehicle takes its name from this breed. 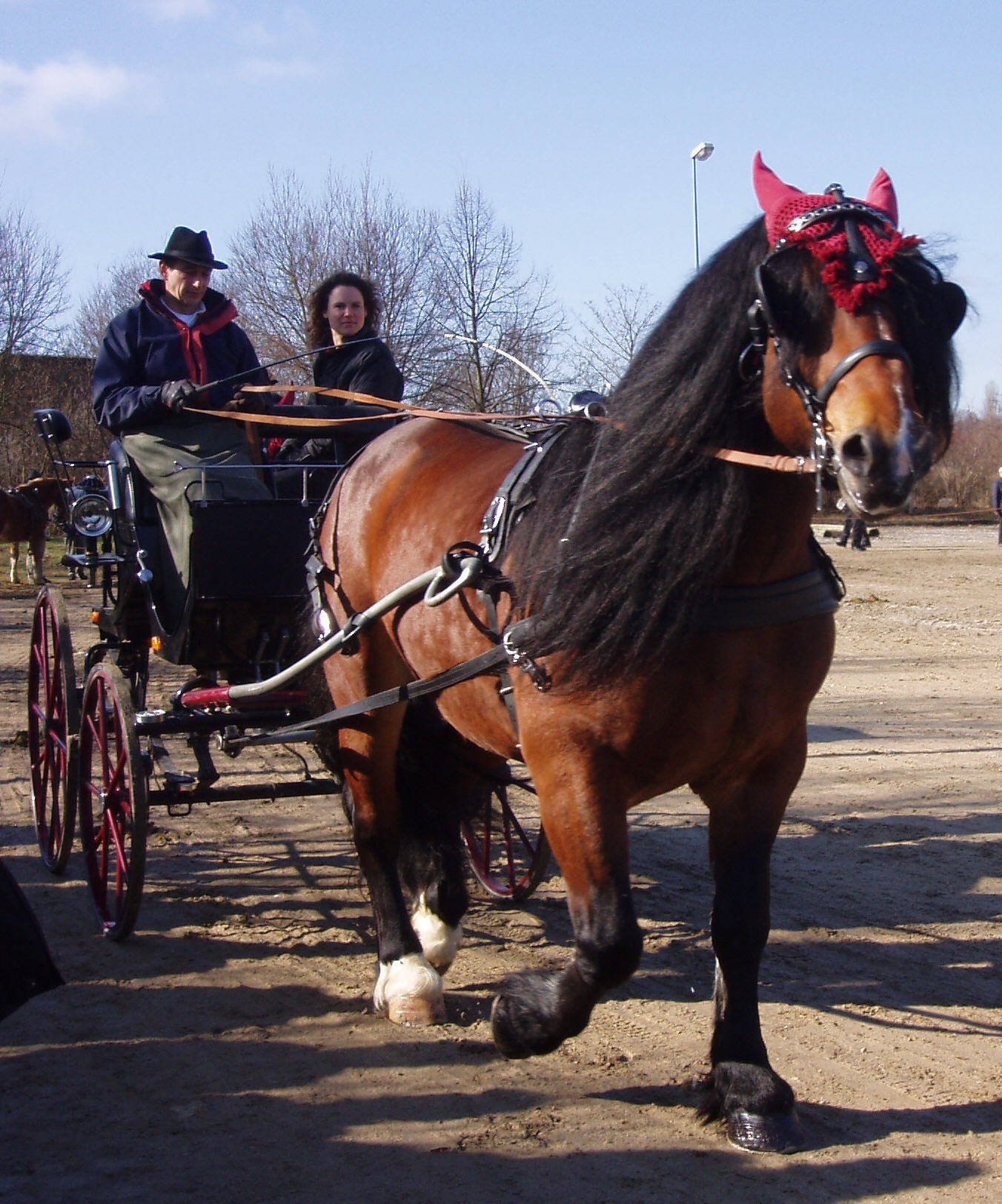