The Keeshond ( KAYSS-hond, plur. Keeshonden) is a medium-sized dog with a plush, two-layer coat of silver and black fur with a ruff and a curled tail. It originated in Holland, and its closest relatives are the German spitzes such as the Großspitz (Large Spitz), Mittelspitz (Medium Spitz), Kleinspitz (Miniature Spitz), Zwergspitz (Dwarf-Spitz) or Pomeranian. The Keeshond was previously known as the Dutch Barge Dog, as it was frequently seen on barges traveling the canals and rivers of The Netherlands. The Keeshond was the symbol of the Patriot faction in The Netherlands during political unrest in the years immediately preceding the French Revolution. In the late 19th century, the breed was developed in England from imports obtained in both The Netherlands and Germany. In 1930, the Keeshond was first registered with The American Kennel Club. 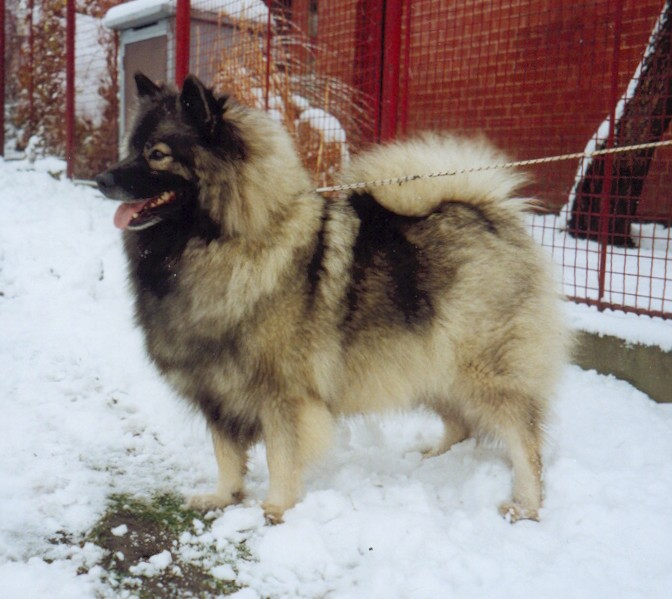