The Pembroke Welsh Corgi (; Welsh for "dwarf dog") is a cattle herding dog breed that originated in Pembrokeshire, Wales. It is one of two breeds known as a Welsh Corgi. The other is the Cardigan Welsh Corgi, and both descend from the line of northern spitz-type dogs (such as the Siberian Husky).separate and distinct breed from the Cardigan. The corgi is one of the smallest herding dogs. Pembroke Welsh Corgis are famous as the preferred breed of Queen Elizabeth II, who has owned more than 30 during her reign. Although these dogs have been favored by British royalty for more than seventy years, among the British public, they have recently fallen into decline in terms of popularity and demand. However, they remain very popular in the United States. Cities such as New York, Boston, and Los Angeles hold annual "Corgi Meetups" in which hundreds of dogs and their owners congregate to spend the day.The Pembroke Welsh Corgi has been ranked 11th in Stanley Coren's The Intelligence of Dogs, which states that the breed is considered an excellent working dog. According to the American Kennel Club, Pembroke Welsh Corgis were ranked 13th most popular breed of dog in 2018. 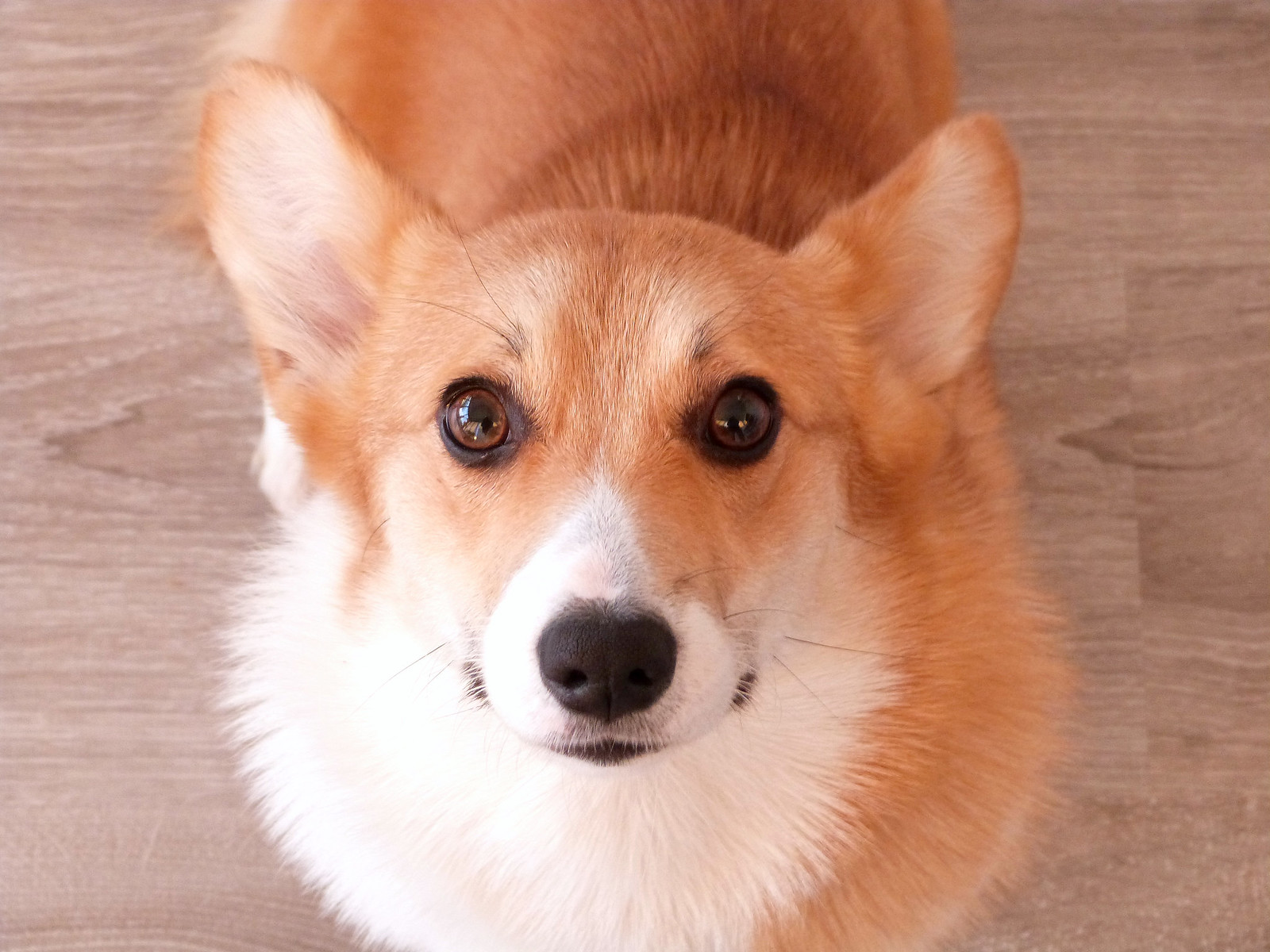