The Mangalarga is a horse breed that was originally developed in Brazil by Francisco Gabriel Junqueira, the Baron of Alfenas, when he began breeding Royal Alter stallions from Portugal with local colonial mares on his lands in Baependi County at Minas Gerais State. In 1812, when the Junqueira family moved to São Paulo state, the topography, the forest, the local culture and the different species of deer to hunt, forced them to seek for a horse with different characteristics, by the selection or crossing, and so they started to breed the Mangalarga horse with Thoroughbred, Arabian, and American Saddlebred stallions plus a Saddlebred mare and one Lusitano stallion. As the breed's popularity spread, breeders concentrated on developing different gaits within the breed without loss of the conformation and agility . Nowadays, this blood remains only by a few female lines, but these influences made the Mangalarga horse a different breed from the Mangalarga Marchador breed. The horse has a slightly long head but alert eyes and ears. A long muscular neck, prominent withers, a short, strong back, well-muscled hindquarters, and a high set tail gives this breed a fine appearance. It is found in colors of chestnut, bay, gray, and roan. Their common height is between 14.2-15.2 hands high. Thus work of Junqueira also developed the Mangalarga Marchador breed that differs from the Mangalarga due to the influence of different bloodlines and a focus on different traits. However, at the beginning, there was just one type of horse, the "Mangalarga Horse". However, today the two breeds are different from one another and each has its own studbook and breed associations. The Mangalarga exhibits both the picada and batida. The two names references differences in the desired gaits of each breed: Mangalarga Marchador = Triple contact base or support while marching, referencing that breed's desired ambling gait; Mangalarga = referring to a double (bipedal) contact base or support while marching. The Mangalarga horse breed has been registered by the ABCCRM since 1934. 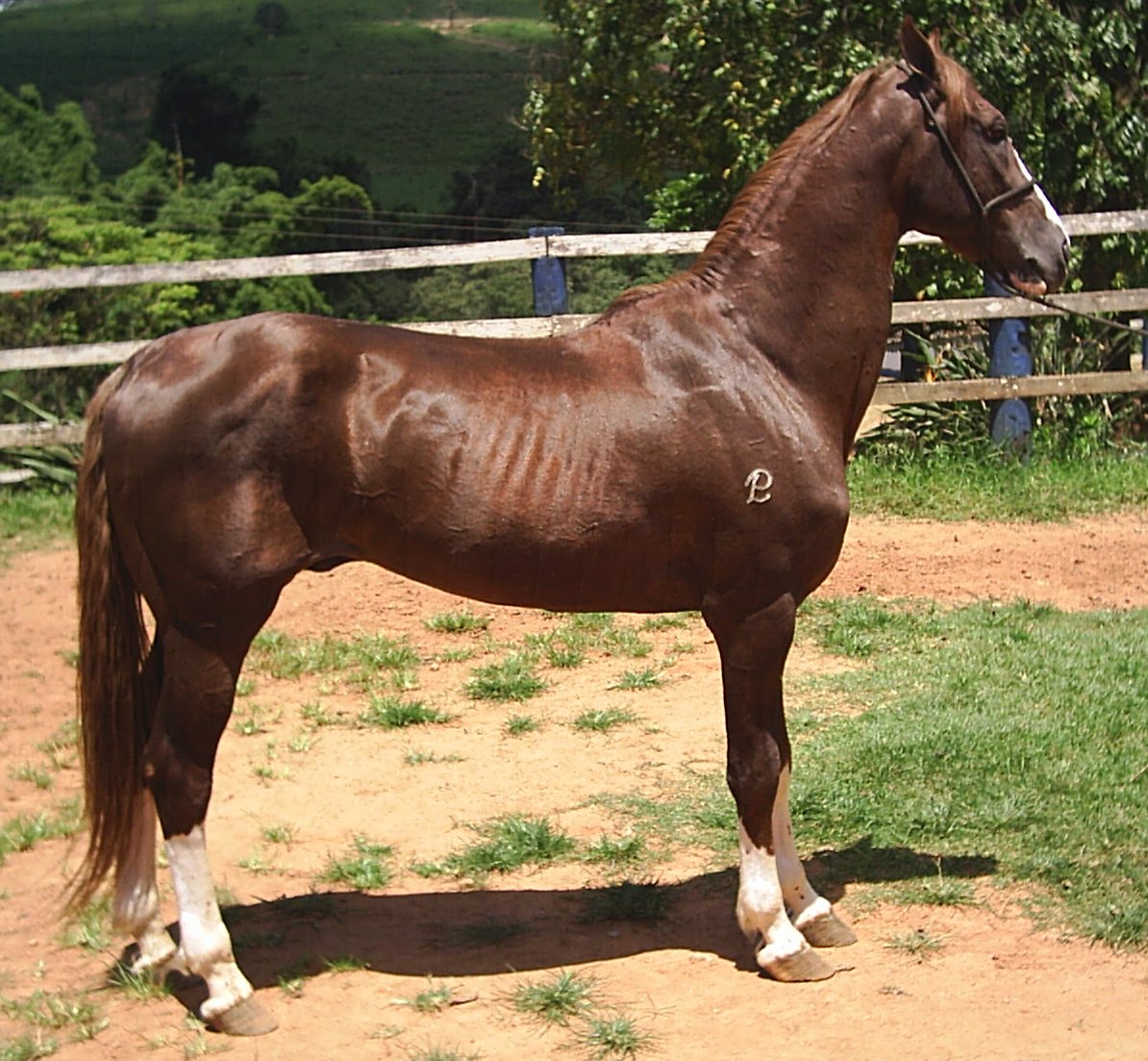