The Alaskan Klee Kai is a spitz-type breed of dog, developed in the late 20th century as a companion-sized dog resembling the larger Alaskan Husky. It is an energetic, intelligent dog with an appearance that reflects its northern heritage. Bred in three sizes, its weight range is from 5 to 22 pounds as an adult.The name Klee Kai comes from the Inuit words meaning “little dog”. The breed was originally developed in Alaska by Linda Spurlin in the 1970’s. The breed was created using the Alaskan Husky, a small amount of Siberian Husky, and other small dogs of similar conformation. Spurlin’s “hard core approach” to breeding might be considered harsh to some, as she “used the best and culled the rest” in order to create the breed. 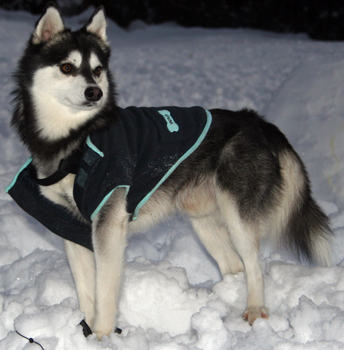