The Clumber Spaniel is a breed of dog of the spaniel type, developed in the United Kingdom. It is the largest of the spaniels, and comes in predominantly white with either lemon or orange markings. The name of the breed is taken from Clumber Park in Nottinghamshire where the breed was first developed. It is a gundog that specialises in hunting in heavy cover. They are gentle and loyal, and can act aloof with strangers. They have several habits which could be considered disadvantages, including a constant shedding of its coat and snoring. The history of the breed is uncertain prior to the mid-19th century with two theories being prevalent. Clumber Spaniels have been kept and bred by various members of the British Royal Family, including Prince Albert, King Edward VII and King George V. They were introduced into Canada in 1844, and in 1884 became one of the first ten breeds recognised by the American Kennel Club. The breed can suffer from a variety of breed-specific ailments varying in severity from temporary lameness due to bone growth whilst young to hip dysplasia or spinal disc herniation. 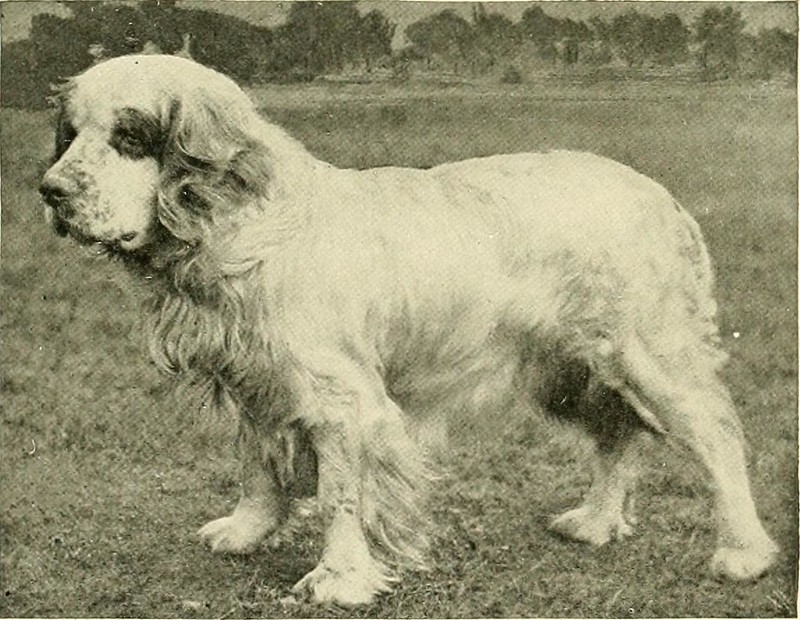