The Sussex Spaniel is a breed of dog native to Sussex in southern England. It is a low, compact spaniel and is as old a breed as and similar in appearance to the Clumber Spaniel. They can be slow-paced, but can have a clownish and energetic temperament. They suffer from health conditions common to spaniels and some large dogs, as well as a specific range of heart conditions and spinal disc herniation. First recorded in 1795 in East and West Sussex being at Goodwood and Rolvenden for specific hunting conditions. The breed nearly became extinct during the Second World War. now more popular in the United Kingdom and the United States than any other countries and are recognised by all major kennel clubs. The breed was one of the first to be recognised by the UK Kennel Club in 1872. Notably a Sussex Spaniel named Stump won the best in show in 2009 at the 133rd Westminster Kennel Club, USA. 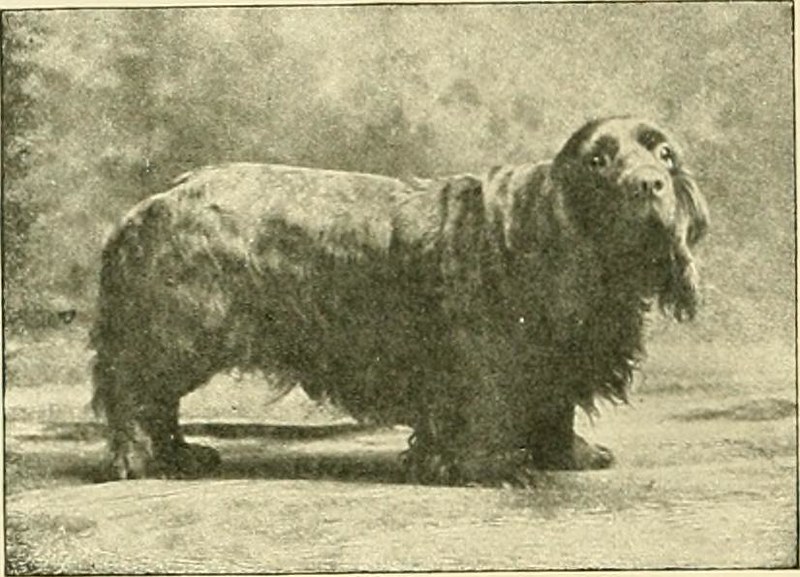