The British Shorthair is the pedigreed version of the traditional British domestic cat, with a distinctively stocky body, dense coat, and broad face. The most familiar color variant is the "British Blue," a solid grey-blue coat, orange eyes, and a medium-sized tail. The breed has also been developed in a wide range of other colours and patterns, including tabby and colorpoint. It is one of the most ancient cat breeds known. In modern times, it remains the most popular pedigreed breed in its native country, as registered by the UK's Governing Council of the Cat Fancy (GCCF). The breed's good-natured appearance and relatively calm temperament make it a frequent media star, notably as the inspiration for John Tenniel's famous illustration of the Cheshire Cat from Alice in Wonderland. The Cat Fanciers' Association profile reads: "When gracelessness is observed, the British Shorthair is duly embarrassed, quickly recovering with a 'Cheshire cat smile'."

The Cat Scanner app does provide a lot more information about the British Shorthair breed as well as many more.

Is your cat a British Shorthair?

You can use our Cat Scanner app to find out whether your cat is a British Shorthair. 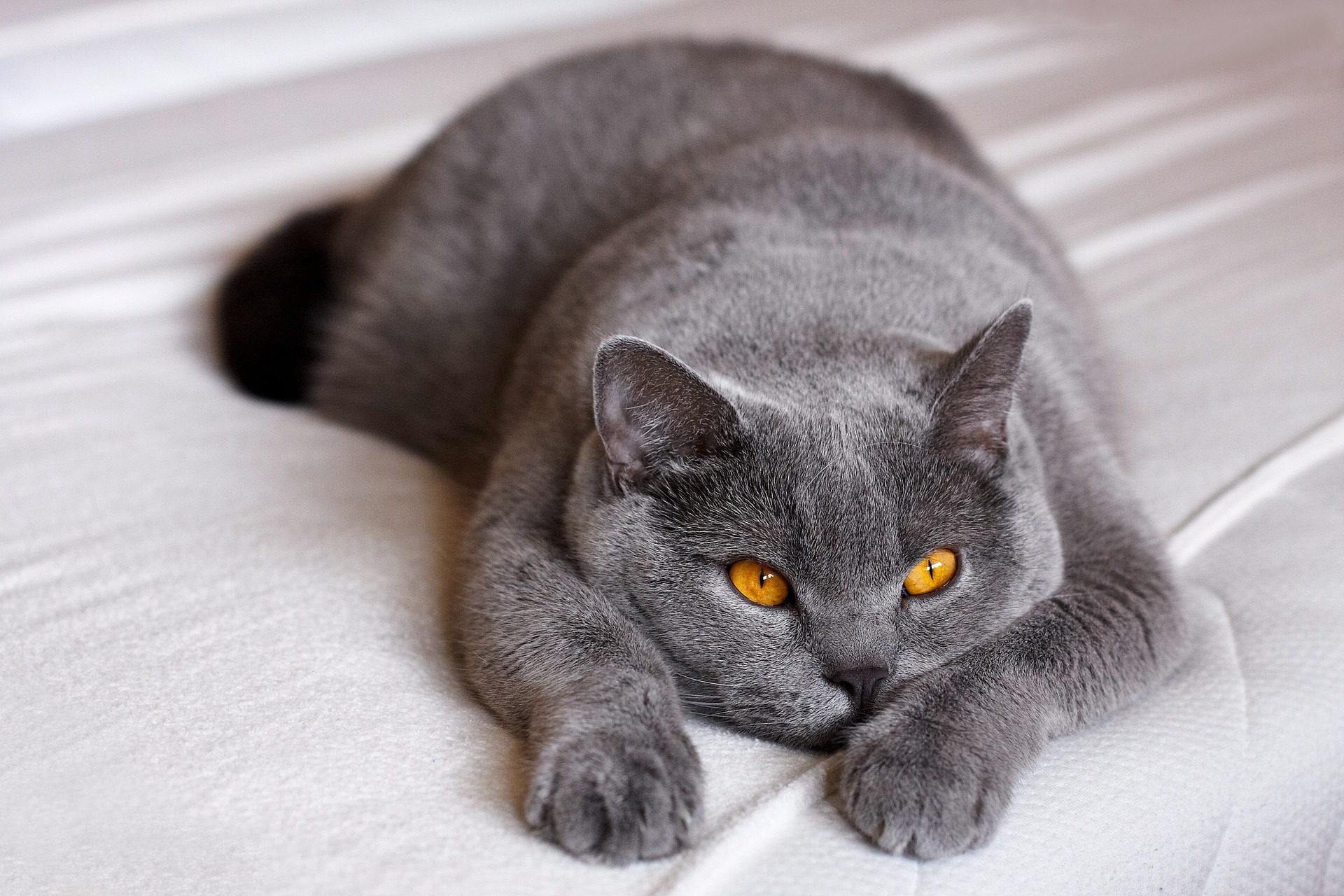