The Maine Coon is the largest domesticated cat breed. It has a distinctive physical appearance and valuable hunting skills. It is one of the oldest natural breeds in North America, specifically native to the US state of Maine, where it is the official state cat. No records of the Maine Coon's exact origins and date of introduction to the United States exist, so several competing hypotheses have been suggested, the most credible suggestion being that it is closely related to the Norwegian Forest cat and the Siberian. The breed was popular in cat shows in the late 19th century, but its existence became threatened when long-haired breeds from overseas were introduced in the early 20th century. The Maine Coon has since made a comeback and is now one of the most popular cat breeds in the United States. The Maine Coon is a large and sociable cat, hence its nickname, "the gentle giant". It is characterized by a prominent ruff along its chest, robust bone structure, rectangular body shape, an uneven two-layered coat with longer guard hairs over a silky satin undercoat, and a long, bushy tail. The breed's colors vary widely, with only lilac and chocolate disallowed for pedigree. Reputed for its intelligence and playful, gentle personality, the Maine Coon is often cited as having "dog-like" characteristics. Professionals notice certain health problems recurring in the breed, including feline hypertrophic cardiomyopathy and hip dysplasia, but reputable breeders use modern screening methods to minimize the frequency of these problems. A Maine Coon Polydactyl is a Maine Coon polydactyl cat. This variation is acceptable within general judging standards for the breed, and is even separately certified by some organizations like TICA.

The Cat Scanner app does provide a lot more information about the Maine Coon breed as well as many more.

Is your cat a Maine Coon?

You can use our Cat Scanner app to find out whether your cat is a Maine Coon. 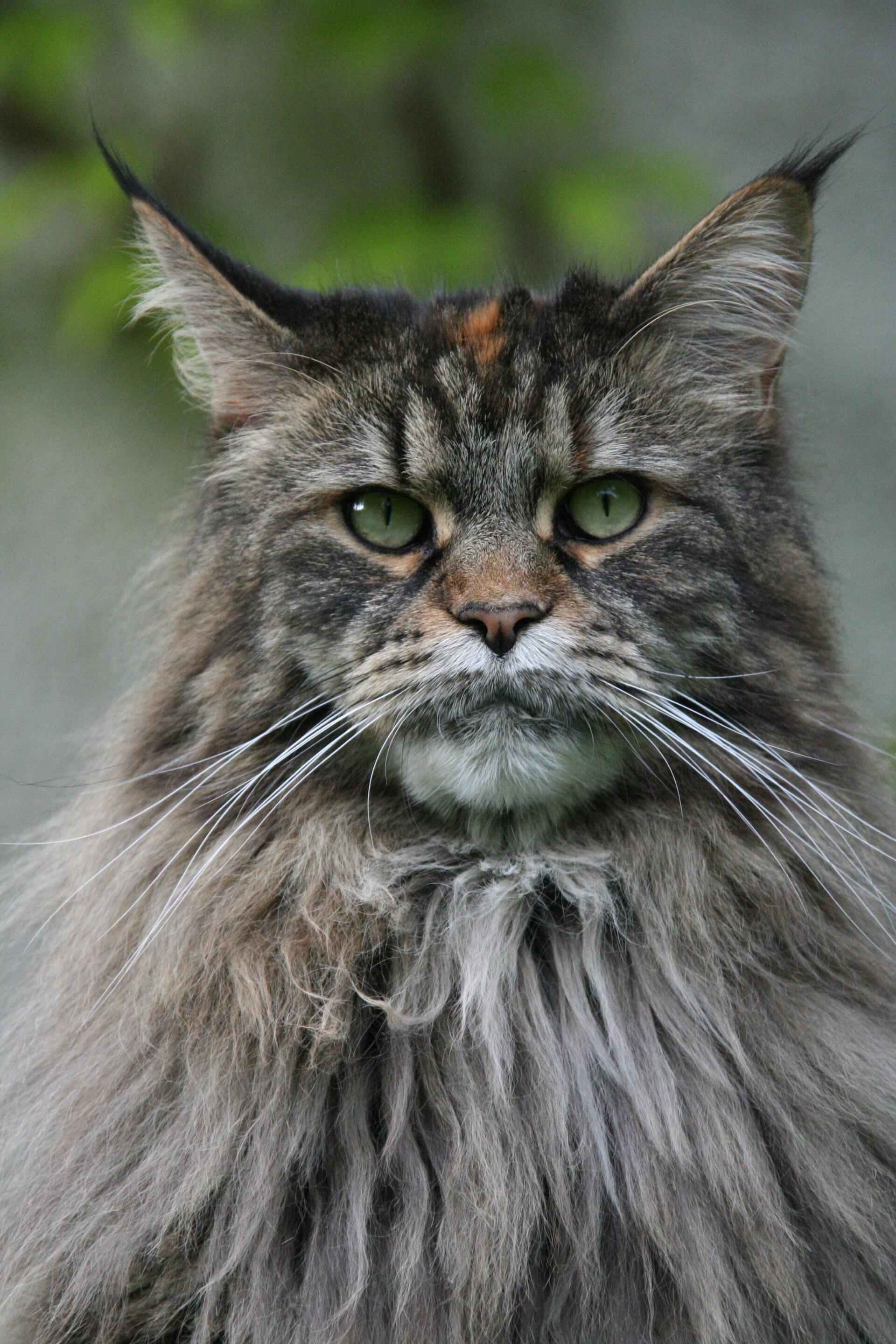