The Ragdoll is a cat breed with a color point coat and blue eyes. They are large and muscular semi-longhair cats with a soft and silky coat. Developed by American breeder Ann Baker in the 1960s, they are best known for their docile and placid temperament and affectionate nature. The name "Ragdoll" is derived from the tendency of individuals from the original breeding stock to go limp and relaxed when picked up.Particularly popular in both the United Kingdom and the breed's native United States, ragdoll cats are often known as "dog-like cats" or "puppy-like cats" due to such behaviors as their tendency to follow people around, their ease when physically handled, and their relative lack of aggression toward other pets.

The Cat Scanner app does provide a lot more information about the Ragdoll breed as well as many more.

Is your cat a Ragdoll?

You can use our Cat Scanner app to find out whether your cat is a Ragdoll. 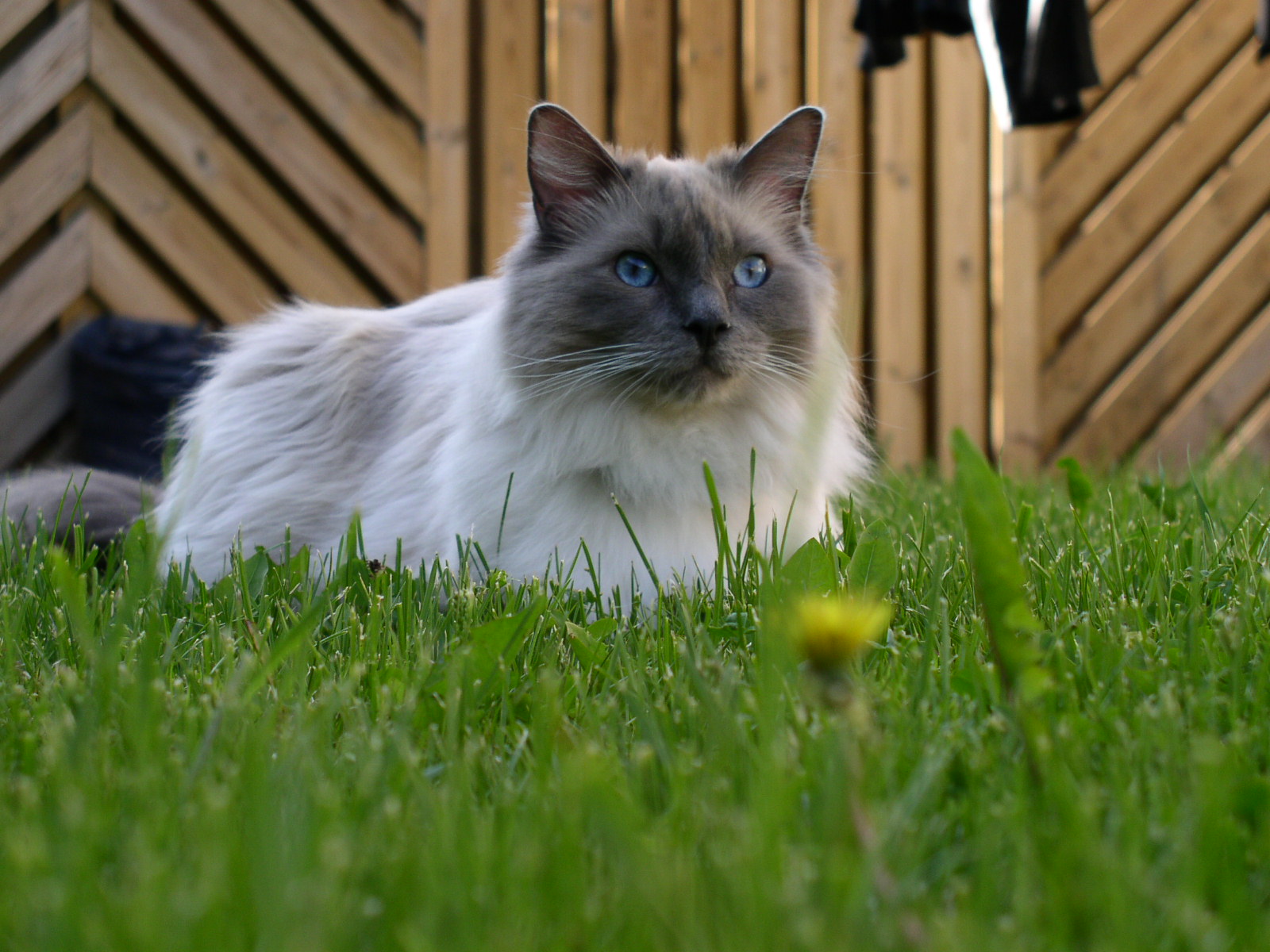