The Siamese cat is one of the first distinctly recognized breeds of Asian cat. Derived from the Wichianmat landrace, one of several varieties of cat native to Thailand (formerly known as Siam), the original Siamese became one of the most popular breeds in Europe and North America in the 19th century. The carefully refined, more extreme-featured, modern-style Siamese is characterized by blue almond-shaped eyes; a triangular head shape; large ears; an elongated, slender, and muscular body; and various forms of point colouration. Other than colouration, the modern-style Siamese bears little resemblance to the original stock, and the more moderate, traditional, or "old-style" Siamese, with a much rounder head and body, has been re-established by multiple registries as the Thai cat. The International Cat Association describes the modern Siamese as affectionate, social, intelligent, and playful into adulthood, often enjoying a game of fetch. Siamese tend to seek human interaction and also like companionship from other cats. The Siamese (sometimes in the traditional form) is among the foundation stock of several other breeds developed by crossbreeding with other cats; some examples are the Oriental Shorthair and Colourpoint Shorthair, developed to expand the range of coat patterns; the long-haired variant most often dubbed the Himalayan; and hair-mutation breeds, including the Cornish Rex, Sphynx, Peterbald, and blue-point Siamese cat. The Siamese cat comes in two distinct variations: traditional, with an apple-shaped head and a slightly chubby body; or the modern Siamese, which are very skinny and have a wedge-shaped head. The long-haired Siamese is recognized internationally as a Balinese cat. Siamese cats are one of the more common breeds to have different colored irises.

The Cat Scanner app does provide a lot more information about the Siamese Cat breed as well as many more.

Is your cat a Siamese Cat?

You can use our Cat Scanner app to find out whether your cat is a Siamese Cat. 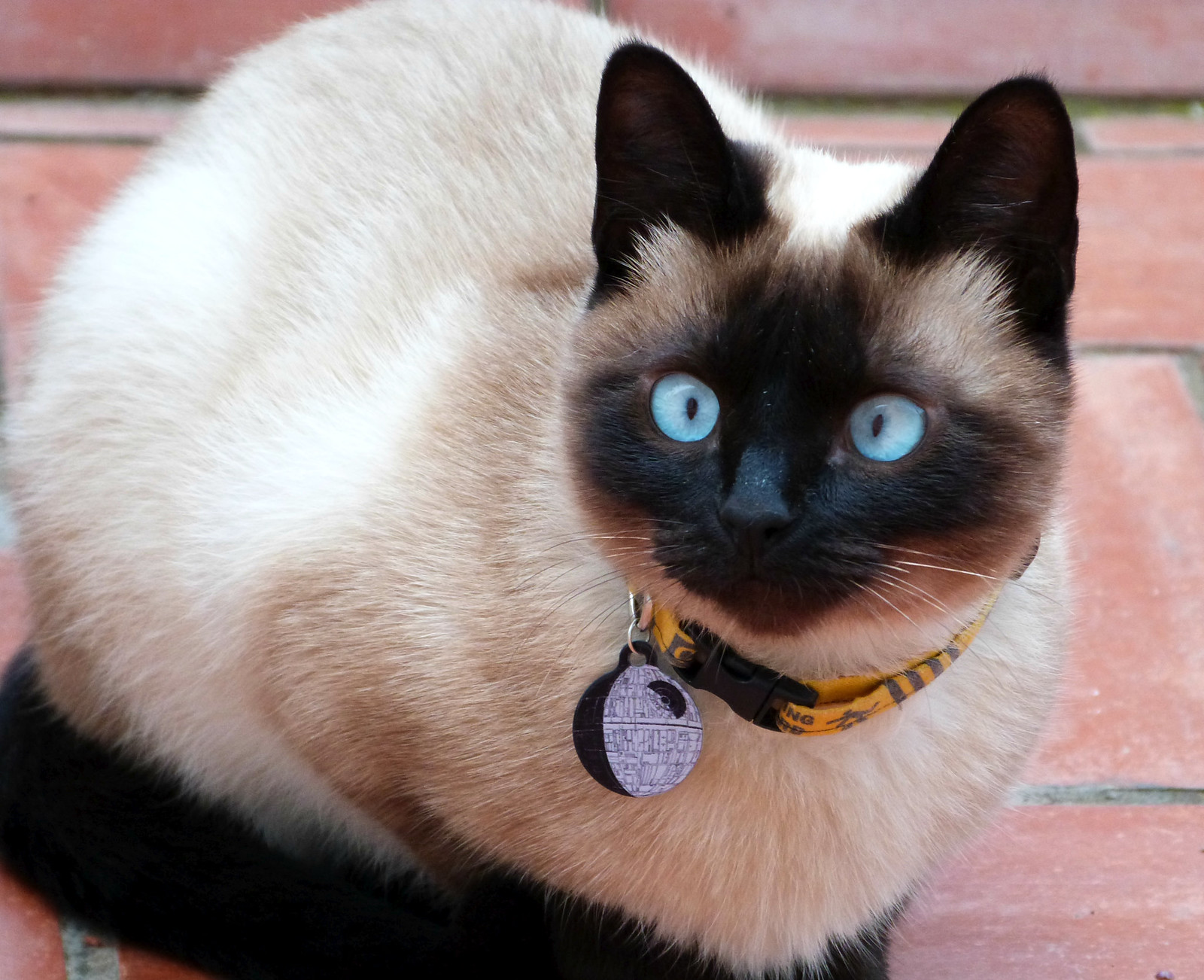