The Borzoi (borzaya, meaning sighthound), also called the Russian wolfhound (Russian: ру́сская псовая борзая, romanized: russkaya psovaya borzaya "Russian long-haired sighthound"), is a sighthound hunting breed of domestic dog. They are descended from the working dogs of people who migrated from Central Asian countries to Russia prior to the 17th century. The system by which Russians over the ages named their sighthounds was a series of descriptive terms, not actual names. Borzói is the masculine singular form of an archaic Russian adjective that means "fast". Borzáya sobáka ("Fast dog") is the basic term for sighthounds used by Russians, though sobáka is usually dropped. The name psovaya derived from the word psovina, which means "wavy, silky coat", just as hortaya (as in hortaya borzaya) means shorthaired. In modern Russian, the breed commonly called the Borzoi is officially known as russkaya psovaya borzaya. Other Russian sighthound breeds are stepnaya borzaya (from the steppe), called stepnoi; and krimskaya borzaya (from the Crimea), called krimskoi. The most commonly used plural form is the regular formation Borzois, which is the only plural cited in most dictionaries. However, the Borzoi Club of America and the Borzoi Club UK both prefer Borzoi as the form for both singular and plural forms.

The Dog Scanner app does provide a lot more information about the Borzoi breed as well as many more.

This breed is also called Borzoi as well as Russian Wolfhound.

Is your dog a Borzoi?

You can use our Dog Scanner app to find out whether your dog is a Borzoi. 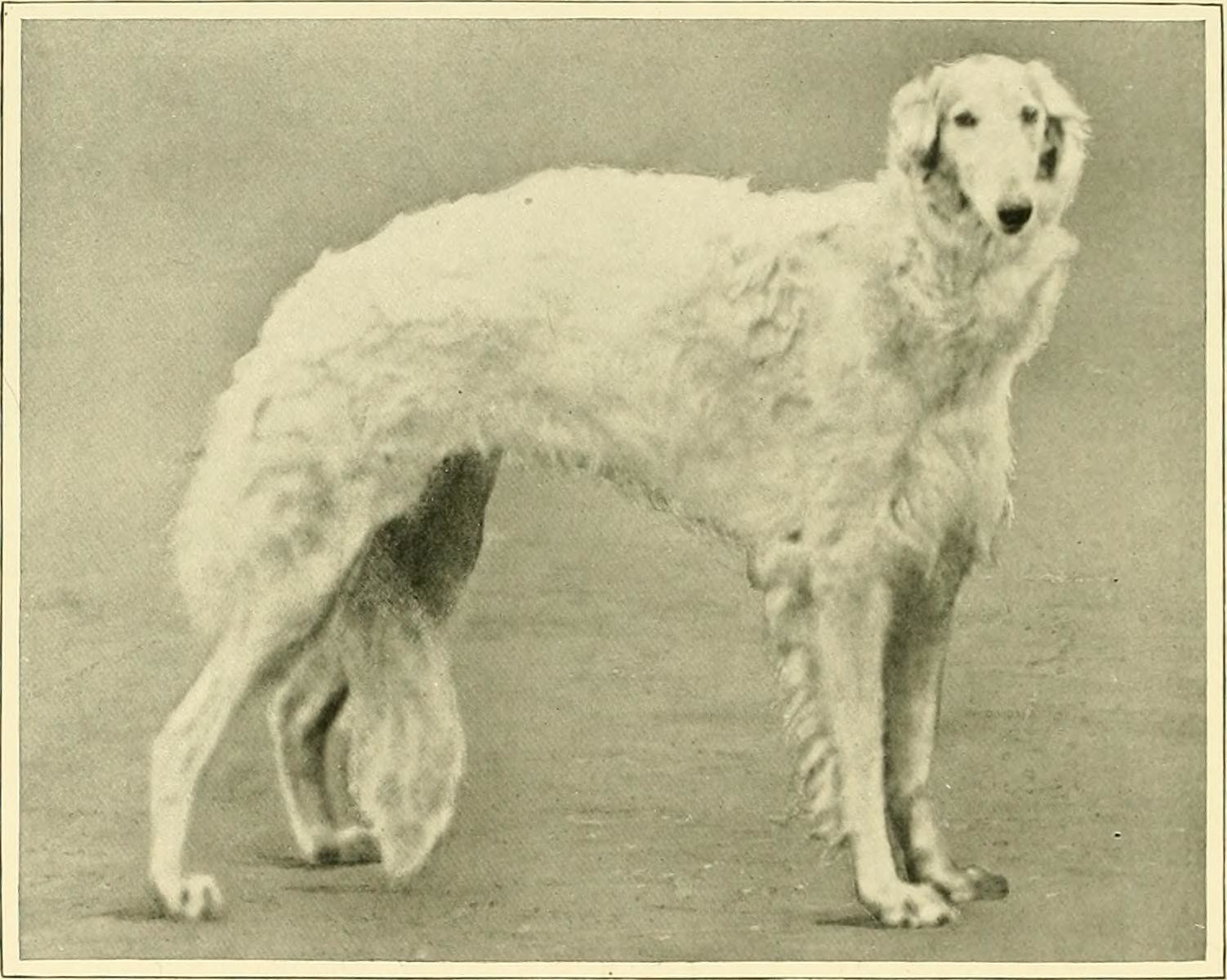