The English Mastiff is a breed of large dog. The breed is referred to simply as the Mastiff by national kennel clubs, including the United Kingdom's Kennel Club and the Fédération Cynologique Internationale. They perhaps descended from the ancient Alaunt and Pugnaces Britanniae, with a significant input from the Alpine Mastiff in the 19th century. Distinguished by its enormous size, massive head, short coat in a limited range of colours, and always displaying a black mask, the Mastiff is noted for its gentle and loving nature. The lineage of modern dogs can be traced back to the early 19th century, but the modern type was stabilised in the 1880s and refined since. Following a period of sharp decline, the Mastiff has increased its worldwide popularity. Throughout its history the Mastiff has contributed to the development of a number of dog breeds, some generally known as mastiff-type dogs, or, confusingly, just as "mastiffs".

The Dog Scanner app does provide a lot more information about the English Mastiff breed as well as many more.

Is your dog a English Mastiff?

You can use our Dog Scanner app to find out whether your dog is a English Mastiff. 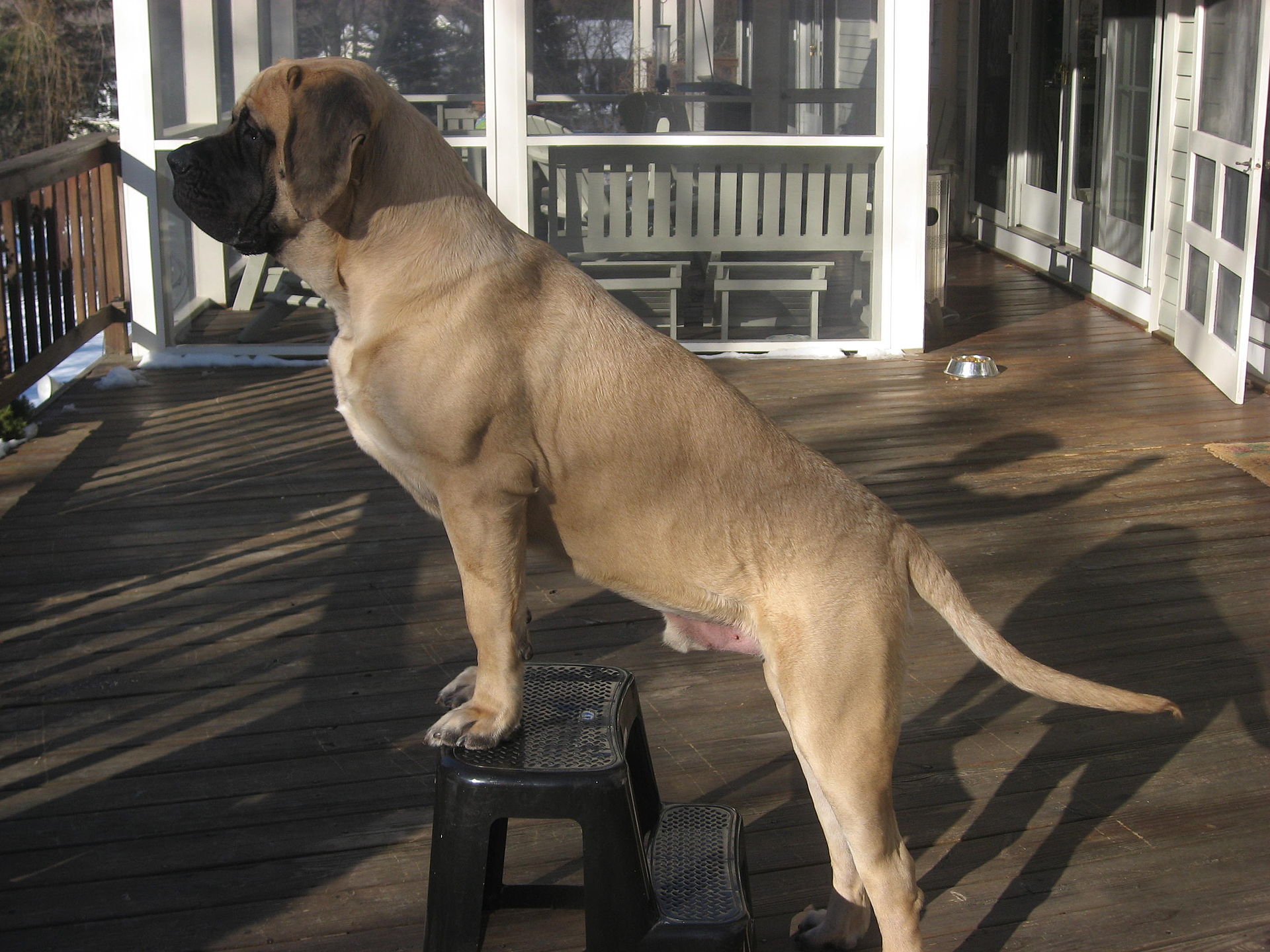