The Manchester Terrier is a breed of dog of the smooth-haired terrier type. It was first bred in the 19th century to control vermin, notably rats, at which it excelled. So efficient at the task was it that it often appeared in rat-baiting pits until that sport, which had effectively been illegal in the UK since 1835, finally died out at the beginning of the 20th century. The breed is generally healthy, although dogs can be affected by several inheritable genetic disorders. A crash in the number of registered Manchester Terriers following the Second World War has resulted in the Kennel Club categorising it as a vulnerable native breed, in danger of extinction.

The Dog Scanner app does provide a lot more information about the Manchester Terrier breed as well as many more.

Is your dog a Manchester Terrier?

You can use our Dog Scanner app to find out whether your dog is a Manchester Terrier. 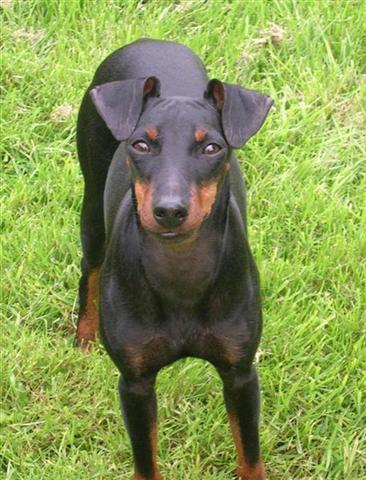