The Russian Toy (also known as the Russian Toy Terrier, and in Russia as the Russkiy Toy and Toychik,Russian: Русский той, Тойчик) is a very small breed of dog originally bred in Russia from the English Toy Terrier. There are two types of coats in the breed: smooth coat and long coat. The smooth-coated variety was previously known as the Russian Toy Terrier and long-coated as the Moscow Long-Haired Toy Terrier. Both were brought together under the same Russian Toy Terrier name in 1988 and the "Terrier" was dropped from the name when the breed was added in 2006 to the official list of breeds registered with the Fédération Cynologique Internationale and has been registered in the Foundation Stock Service of the American Kennel Club since 2008, allowed to compete in AKC companion events since 2010. The first official breed standard of the two varieties was written in 1966 in Russia.The breed was nearly wiped out twice; first in the 1920s with the rise of Communism due to the toy dog's traditional link to the aristocracy and again in the 1990s with the influx of foreign breeds following the fall of the Iron Curtain. The smooth coat type is the older of the two, with the long coat type first appearing in 1958. Until the 1990s, the breed was almost unknown outside of Russia, and so relatively few details on associated health issues are known. The Russian Toy was originally bred as a rat fighter and as a watchdog, and can still exhibit the vocalization expected from the latter. It is a friendly dog and can become very attached to the family unit. Due to its size and similarities to the Chihuahua, the two are often compared.

The Dog Scanner app does provide a lot more information about the Russian Toy breed as well as many more.

Is your dog a Russian Toy?

You can use our Dog Scanner app to find out whether your dog is a Russian Toy. 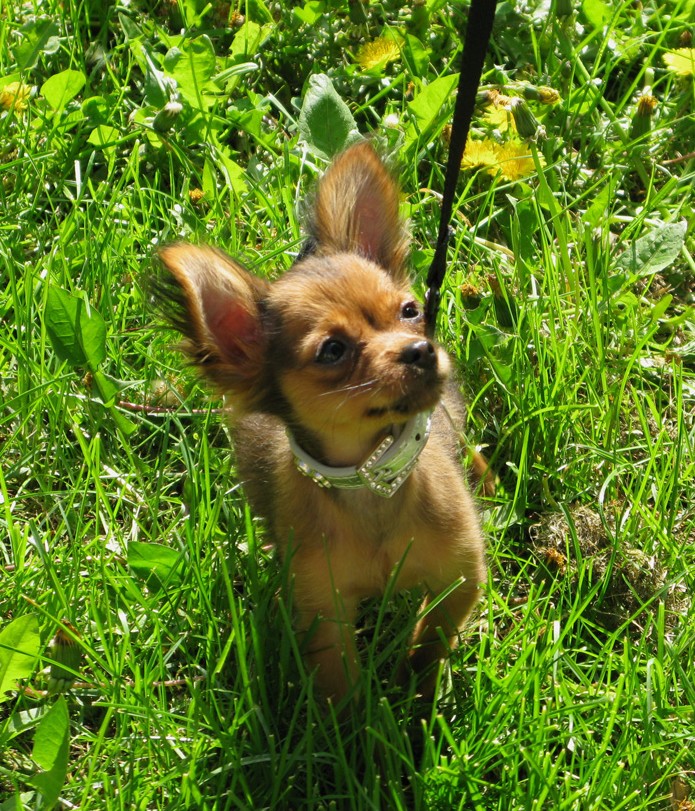