The Selle Français (SF) is a breed of sport horse from France. It is renowned primarily for its success in show jumping, but many have also been successful in dressage and eventing. An athletic horse with good gaits, it is usually bay or chestnut in color. The Selle Français was created in 1958 when several French riding horse breeds were merged into one stud book. The new breed was meant to serve as a unified sport horse during a period when horses were being replaced by mechanization and were transforming into an animal used mainly for sport and leisure. Bred throughout France, the Selle Français has been exported worldwide, with additional stud books formed in Great Britain and the United States. Horses registered with the stud books must undergo inspections which judge their conformation, gaits and performance. Horses of other breeds who pass the inspections, including those of Thoroughbred, Arabian, Anglo-Arabian and French Trotter bloodlines, may be used for breeding, with the progeny able to be registered as Selle Français. Selle Français have proven successful at the international level of competition in many equestrian disciplines. They are most commonly seen in show jumping, eventing and dressage, although they are also seen in combined driving, equestrian vaulting and competitive trail riding competitions. Selle Français and their riders have won numerous medals in the Summer Olympics and World Equestrian Games, including making up the entire gold-medal French teams in show jumping at the 2002 World Equestrian Games and eventing at the 2004 Summer Olympics.

The Horse Scanner app does provide a lot more information about the Selle Français breed as well as many more.

Is your horse a Selle Français?

You can use our Horse Scanner app to find out whether your horse is a Selle Français. 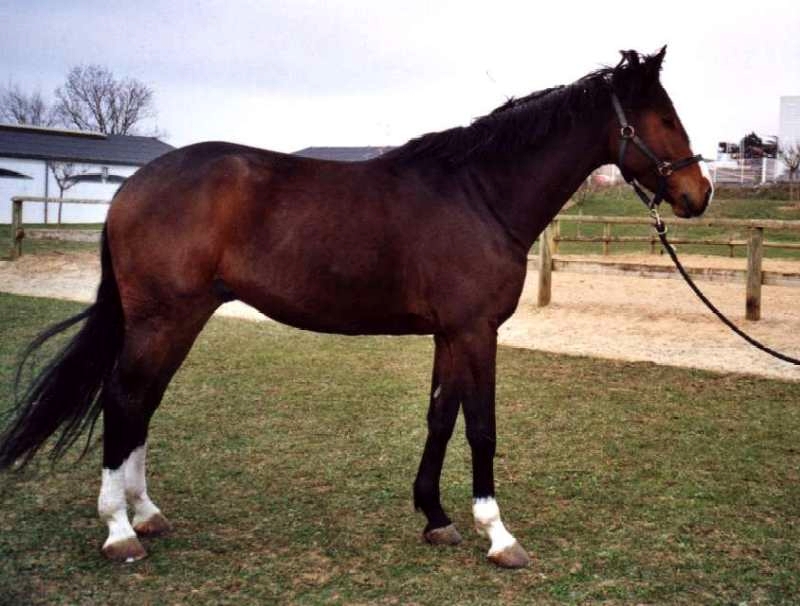