The Percheron is a breed of draft horse that originated in the Huisne river valley in western France, part of the former Perche province from which the breed takes its name. Usually gray or black in color, Percherons are well muscled, and known for their intelligence and willingness to work. Although their exact origins are unknown, the ancestors of the breed were present in the valley by the 17th century. They were originally bred for use as war horses. Over time, they began to be used for pulling stagecoaches and later for agriculture and hauling heavy goods. In the late 18th and early 19th centuries, Arabian blood was added to the breed. Exports of Percherons from France to the United States and other countries rose exponentially in the late 19th century, and the first purely Percheron stud book was created in France in 1883. Before World War I, thousands of Percherons were shipped from France to the United States, but after the war began, an embargo stopped shipping. The breed was used extensively in Europe during the war, with some horses being shipped from the US back to France to help in the war effort. Beginning in 1918, Percherons began to be bred in Great Britain, and in 1918 the British Percheron Horse Society was formed. After a series of name and studbook ownership changes, the current US Percheron registry was created in 1934. In the 1930s, Percherons accounted for 70 percent of the draft horse population in the United States, but their numbers declined substantially after World War II. However, the population began to recover and as of 2009, around 2,500 horses were registered annually in the United States alone. The breed is still used extensively for draft work, and in France they are used for food. They have been crossed with several light horse breeds to produce horses for range work and competition. Purebred Percherons are used for forestry work and pulling carriages, as well as work under saddle, including competition in English riding disciplines such as show jumping.

The Horse Scanner app does provide a lot more information about the Percheron breed as well as many more.

Is your horse a Percheron?

You can use our Horse Scanner app to find out whether your horse is a Percheron. 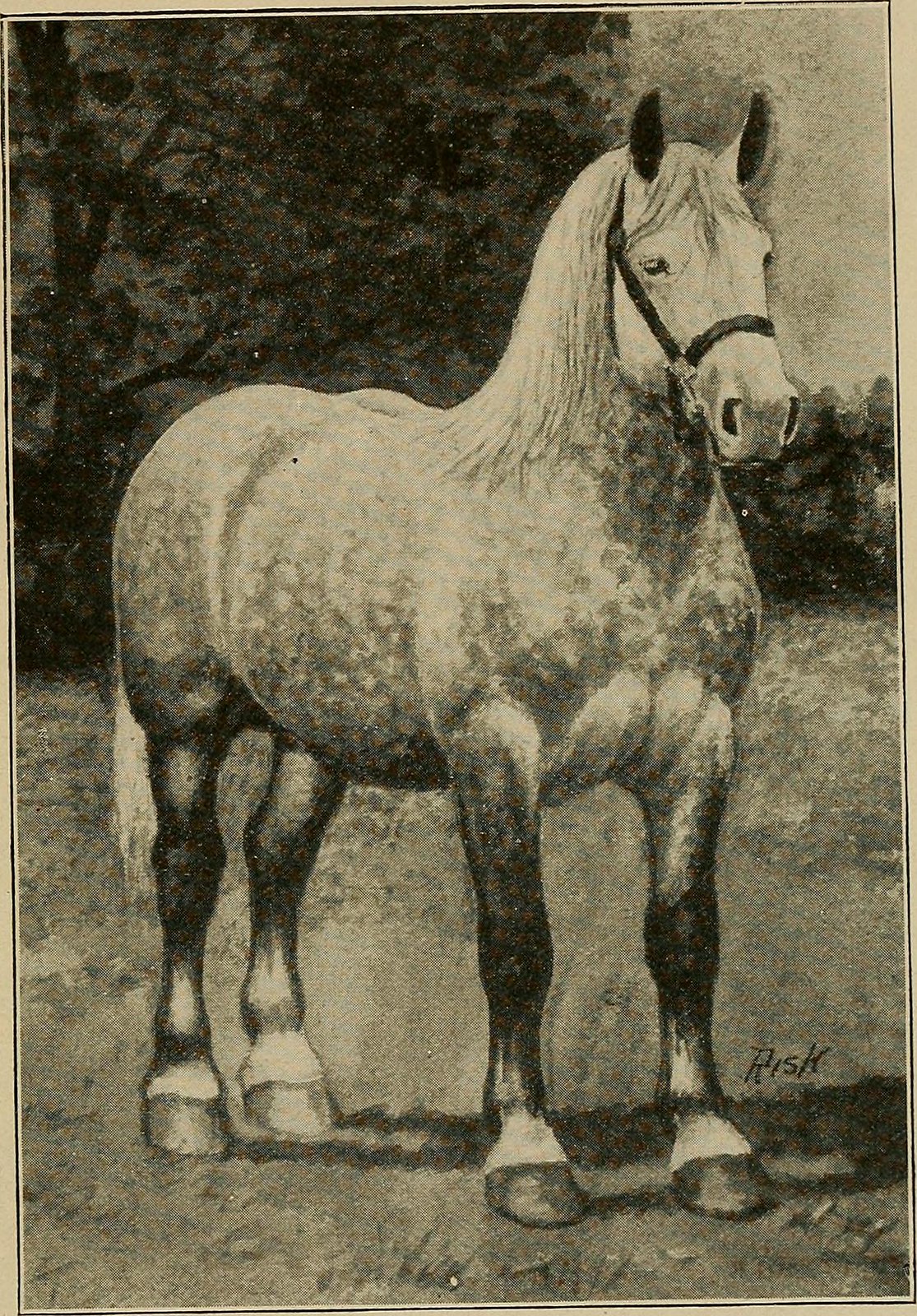